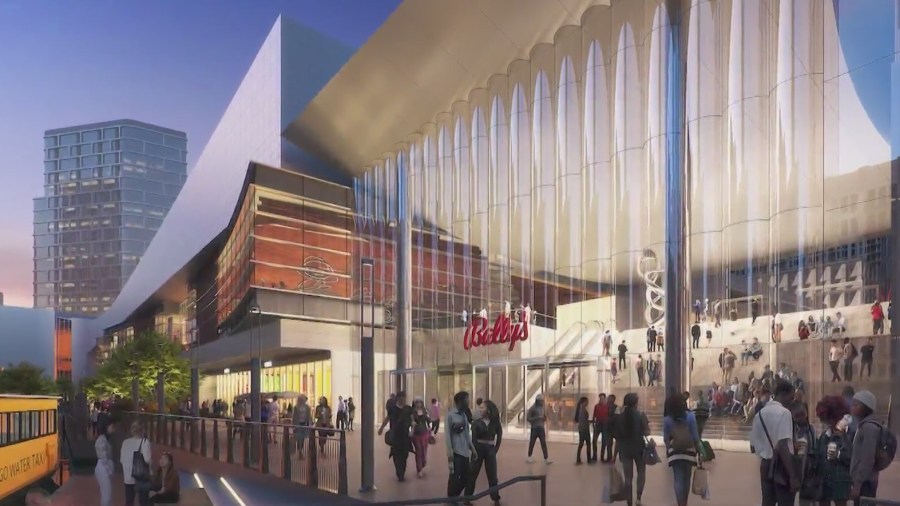 CHICAGO — Chicago Mayor Lori Lightfoot is betting big on the Bally’s River West site for Chicago’s first casino. However, the location has yet to get the stamp of approval from city council members.

As of 11 a.m. Monday, the special committee meeting is only the second time they have met, the first since Lightfoot announced he would support Bally’s.

The meeting began with public comments.

The only people who spoke in favor of Bally’s proposal were the investors in the plan. The $1.7 billion casino project would replace the Chicago Tribune printing plant on River West if approved.

The Nexstar media group owns the land, as well as WGN-TV.

The $200 million of estimated annual revenue is earmarked for public safety pension debt.

Monday’s special committee meeting gave city council members a chance to ask Bally’s representative questions about his proposal. But many members expressed frustration with the process, saying it is moving too fast.

Several councilmembers say they feel pressured to pass the plan quickly to avoid raising property taxes. However, others believe the proposed casino would be a good move for the city.

“I support this,” Ald said. Walter Burnett (27th Ward). “Now that it has been chosen in my area, I have to be honest with all of you, I thought this would be the last place chosen. But things work in mysterious ways.”

“The idea that we’re going to vote on the legislation in about a week, and that we just received a copy of the proposed legislation this afternoon, and that we have these pending questions, that really worries me.” Ald said. Brendan Reilly (42nd District).

“We are here to listen to the remaining process and are happy to reflect any of the changes to the extent that it is important to the community,” Kim said.

Area residents remain skeptical about the site. Bally’s board chairman Soo Kim is responding to all concerns.

On Thursday night, the public will have another chance to weigh in during a town hall. Representatives from the city and Bally’s will be there to share information and answer questions from the community.