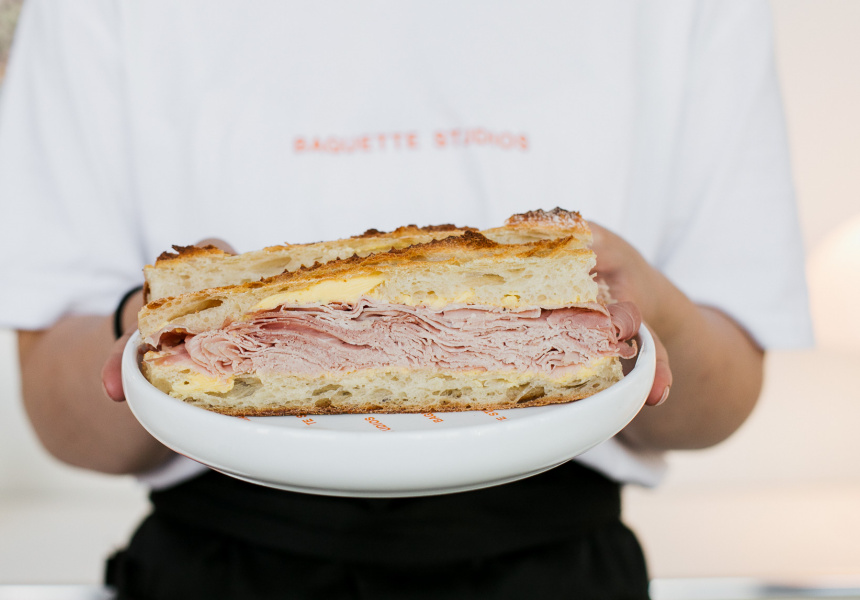 Baguette Studios is the latest addition to North Melbourne’s bakery and cafe scene, specializing, as the name suggests, in French-style baguettes. But it also blends local ingredients with Korean flavors, a nod to co-owner Aileen Seo’s country of origin.

Seo has lived in Australia for 14 years. She moved here after studying in France at a culinary school with her brother, Jiho Sur, who is also part of the Baguette Studios team. She focuses on baking, cooking alongside head baker (and Seo’s husband), Paul Kwan.

“We wanted to combine our love of cooking and our experience in the store,” says Seo. bed sheet. “This is our identity.”

Stop by the Wreckyn Street spot for impressively crispy baguettes, spiral kouign-amanns, and must-try pretzel croissants, along with Inglewood coffee.

The regularly rotating menu always has at least one Korean-inspired option, like a beef bulgogi-style cheesesteak topped with jalapeno mayonnaise and pickled onions. Meanwhile, on the French front, try the jambon-beurre sandwich, with house-cured black Berkshire leg ham and mounds of butter on one of the namesake baguettes. There’s also a bologna-stuffed pretzel, grilled three-cheese sangha, and vegan toast.

Baguette Studio’s name was inspired by its design. Behind a red brick facade, the sleek, minimalist space, with warm wood and orange accents, is anchored by an open-plan kitchen where you can watch the bread bake as you eat. Also, moon jar decorations (a type of traditional Korean white porcelain) are scattered everywhere.