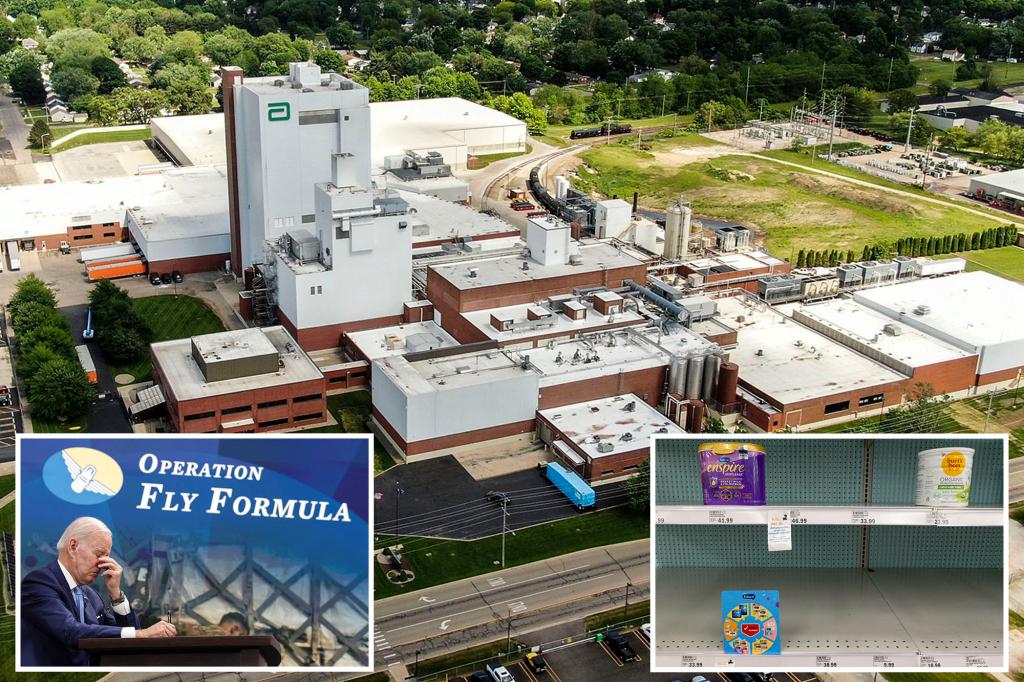 The leading baby formula company at the heart of a national shortage was forced to close its Michigan plant Wednesday night, just days after reopening after a months-long forced shutdown.

Abbott Laboratories said its plant, which had only reopened June 4, was overwhelmed by “severe thunderstorms and heavy rain” that caused “power outages and flood damage throughout” Sturgis, causing widespread flooding.

“As a result, Abbott stopped production of its special formula EleCare that was underway to assess storm damage and clean and re-disinfect the plant,” the company announced.

“This is likely to delay the production and distribution of new products for a few weeks,” said the company, the largest supplier of powdered infant formula in the United States.

Still, the company insisted that even with “historic demand,” it had “an ample existing supply of EleCare and most of its specialty and metabolic formulations to meet the needs of these products until a new product becomes available.”

Wednesday’s closure was the latest setback for the plant, which was shut down by the Food and Drug Administration in February after two babies died from a rare bacteria that may have come from the plant.

Food and Drug Administration (FDA) Commissioner Dr. Robert Califf said the federal agency was “he found out” about the last closure.

“I personally spoke with the CEO tonight and we discussed our shared desire to get the facility back up and running as quickly as possible,” he tweeted.

Calling it an “unfortunate setback”, Califf insisted there was still “more than enough product to meet current demand”.

“Ensuring that parents and caregivers have access to safe and available infant formula remains a top priority for the FDA, and our teams are working around the clock to help make that happen,” he tweeted.