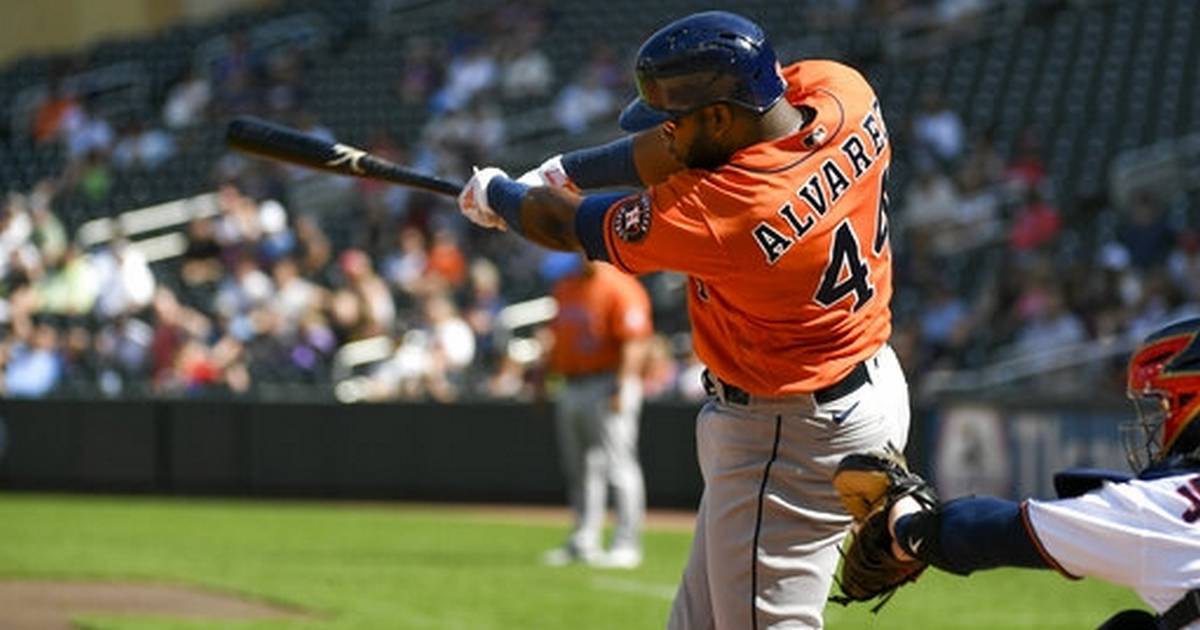 MINNEAPOLIS — Luis Garcia and three relievers combined on a seven-hit ball, Yordan Alvarez homered twice and Jeremy Peña capped a big day with three hits as the Houston Astros extended their winning streak to 10 games with a 5-game win. 0 over the Minnesota Twins. Thursday.

Houston completed a three-game sweep. Prior to the regularly scheduled game, the teams completed a game suspended after three innings Wednesday night due to severe weather. José Altuve homered, doubled and drove in three runs in the 11-3 victory.

The Astros have allowed just 11 runs during the streak with five shutouts and a 0.90 ERA during that stretch.

Aaron Judge and Josh Donaldson also connected for major league-leading New York in the opener of an eight-game road trip. Judge had four RBIs and Donaldson drove in three runs as New York won for the 16th time in 18 games.

Yoán Moncada hit his first homer of the season, a three-run shot to center off Jonathan Loáisiga (1-1) in the seventh. Joe Kelly (0-1) took the loss.

Chicago right-hander Dylan Cease matched his career high with 11 strikeouts in four innings, but was tagged for a season-high six runs along with six hits. The White Sox had won seven of eight.

Mark Canha went 3-for-4 with a home run and three RBIs for the NL East-leading Mets, who took two of three from the last-place Nationals. New York has won nine series and split one, and hasn’t lost two straight in a month.

Walker (1-0) allowed three hits and walked one, combining for a four-hit ball.

DETROIT — Seth Brown hit a tiebreaking two-run homer in the eighth off Michael Fulmer (1-2) off Jed Lowrie’s walk, sending Detroit to its ninth loss in 10 games.

Oakland came in on a nine-game losing streak and won four of five from the Tigers.

AJ Puk (1-0) pitched two shutout innings for his first win since beating Kansas City on Sept. 17, 2019. He missed the 2020 season with shoulder problems and was limited to 13 1/3 innings in 2021. Dany Jimenez pitched the ninth for his sixth save.

Keegan Akin (1-0), the second of six Orioles pitchers, got just his fourth win in 16 major league decisions, allowing one hit over 2 2/3 scoreless innings and striking out four in a bullpen day to the Orioles. Felix Bautista got four straight outs for his second save of the series and season.

Dylan Carlson hit a solo homer and Nolan Arenado added a sacrifice fly in the eighth for St. Louis.

PITTSBURGH — Connor Overton earned his first major league win and combined with two relievers on a four-hit ball for Cincinnati’s first shutout of the season.

Overton (1-0) allowed three hits and four walks in 6 1/3 innings with one strikeout. The 28-year-old right-hander got nine outs on ground balls.

The Royals’ first punch literally came off Hearn. Michael A. Taylor sent a line drive down the center of the pitcher’s leg that continued to the left of second base and into left field with two outs in the second inning.

Joe Barlow pitched a scoreless ninth, retiring Whit Merrifield on a groundout with two runners on for his sixth save in six chances.