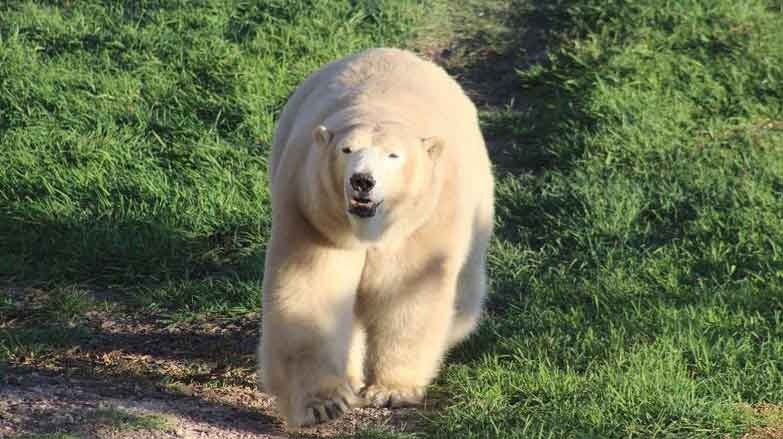 A female polar bear living at the Assiniboine Park Zoo in Winnipeg has died during a dental procedure while under anesthesia.

“It’s always very sad when we lose animals at the zoo, and in this particular case, it was even more challenging given the circumstances of their passing,” said Grant Furniss, the zoo’s senior director of zoological operations.

According to the zoo, Aurora has experienced recurring dental problems ever since she was rescued and transferred to the zoo as a cub in 2013. She was initially found wandering around Churchill Airport alone when she was about a year old.

The zoo said it believes her teeth were damaged from eating rocks and sticks in an attempt to survive without her mother.

According to Furniss, Aurora previously underwent various dental procedures to ease her pain, treat infections and prevent her dental issues from becoming life-threatening.

Tuesday’s procedure was performed under anesthesia and with the assistance of a specialized veterinary dentist, the zoo said.

According to the zoo, the procedure went well, but as the team prepared to reverse the anesthesia, Aurora went into cardiac arrest.

“The veterinary team did absolutely everything they could to bring her back, but unfortunately she passed away,” Furniss said.

Furniss said that while more tests will be done, preliminary investigations into an underlying condition or cause of death are inconclusive.

“We will follow him and try to find out exactly what happened to Aurora,” Furniss said.

The zoo said Aurora was a strong-willed, assertive bear who could often be seen snuggling up and spending her time with Kaska, another female bear, and took on a protective role with Willow, the zoo’s youngest cub.

“Aurora was a much-loved bear and brought joy to hundreds of thousands of people coming in and out of the zoo,” Furniss said.