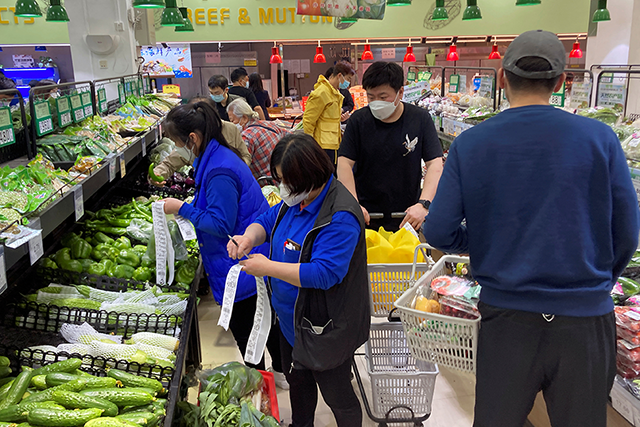 In the immediate aftermath of Trump and in the midst of Russia’s war to extinguish democracy in Ukraine, The New Republic hosted an online forum with three authors, all of whom write about the state of democracy in the world.

It was a pretty depressing show, albeit full of clever ideas. Moderator (and New Republic editor) Michael Tomasky and three guest authors are concerned about the health and future of democracy both around the world (with Russia’s autocratic invasion of democratic Ukraine in mind) and in the United States ( who just survived, at least for the time being, a president disrespectful of democracy who worked to steal a second term, and didn’t lose it by long).

Journalist and author David Rieff, who wrote a great book about the civil war in Bosnia in the 1990s, seized on the present moment to point out that the immediate post-Cold War period, sometimes referred to as the dawn of an era of ” the long peace. ”, is over, if it ever really happened.

But the Russian attempt to overthrow democracy in Ukraine is not a resumption of the old Cold War. The new superpower rivalry is between the United States and China, with panelists noting that the global alternative to the American model is now China, which practices a combination of authoritarianism and capitalism and now represents the key rivalry that defines the current moment and the foreseeable future. future, Rieff said.

China has lifted hundreds of millions of its people out of poverty, without giving them democracy. If you are poor and hungry, Rieff asked, what means more to you: food or freedom?

He answered his own question like this: “Food first, ethics second,” he said. And he added a reference to the rise of Donald Trump, who seemed, at least to his supporters, to equally offer a choice between democracy and prosperity.

In the panel discussion, Rieff claimed that the share of Earthlings living under full democracy has dropped from its peak by something close to a third. That’s creepy, if true, though I guess the data is hard to come by.

Rieff also threw out a reference to the question of whether the United States really stands for full democracy as much as we are led to believe, considering the famously undemocratic features of the American system such as the United States Senate (where California and Wyoming have equal power), and the electoral college system, in which the loser of the popular vote can defeat the winner of the popular vote, and the role money plays in allowing some citizens to matter more than others in our politics.

Panelist Barbara F. Walter, a professor at the University of California, San Diego who writes about something called “anocracy,” brought that concept into the discussion to complicate the question of whether nations really face a choice between tyranny and democracy.

Walter argues that the United States is best understood as an anocracy, with state-by-state differences in who can vote and how easy it is to vote (among other factors), complicating the direct choice between democracy and totalitarian regimes.

Recent presidential elections have been littered with examples of states making it easier or harder to vote, and of course Republicans and Donald Trump have completely rebelled against ways, generally favored by Democrats, of making voting easier.

Partial democracies (like ours, according to this account) can provide opportunities for political parties to take advantage of racial and religious differences, Walter said. And that decreases the probability that the losing side in an election will peacefully accept the result. Walter has argued that full democracies rarely have civil wars. And full autocracies rarely have civil wars. It is those in the middle who are particularly at risk.

The third panelist was Ruth Ben-Ghiat, a historian at the University of California, San Diego, whose most recent book, “Strong men: from Mussolini to the present included Trump as one of the strongman rulers in the mold of Mussolini.

She said that Trump had autocratic goals to run the country as a Trump cult, in which the leader’s personal needs and desires can be achieved by fiat; a system in which she, she said, “loyalty to the leader, rather than competition, becomes the key reason for holding office.”

He was struck by the GOP’s cult decision heading into the 2020 campaign to forego adopting a party platform (as major parties have done for centuries).

He spoke about Trump’s Jan. 6 scheme to steal a second term (he called it a “self-coup”), which he said comes from the autocrats’ playbook. He also referred to it as a “leader cult rescue operation.” The last point is if you want to have “a leadership culture that supports autocracy”.

He added: “As a first-generation American, I will never get over the fact that someone as criminal as Trump could be in the White House, and was criminal in so many ways.”

Tomasky, who moderated this event, is, by the way, editor of not only the longtime liberal New Republic, but also edits a quarterly magazine on democracy (called, aptly, “Democracy”).

I’d like to provide a link to the entire online discussion, but TNR hasn’t posted the video yet. I’ll include a link here once it is.