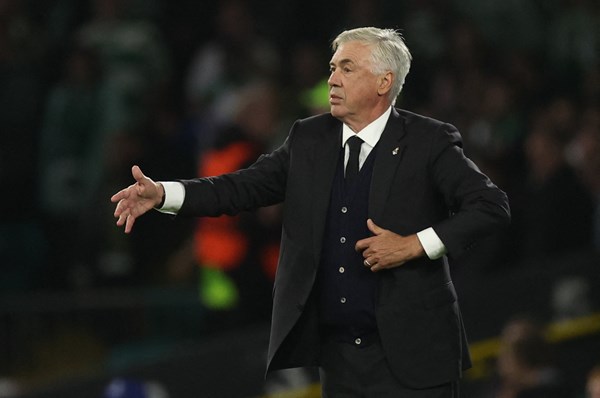 Real Madrid coach Carlo Ancelotti said he understands Marco Asensio’s anger after being on the bench in the game his team beat Mallorca 4-1 on matchday six of the Spanish Football League.
Asensio, who was linked with a departure from the Santiago Bernabéu during the last summer market, played just 17 minutes with Real Madrid in all competitions this season.
Asensio was upset when Ancelotti preferred to include Dani Carvajal instead of the injured Lucas Vázquez in the 71st minute of the match, so the Real Madrid winger threw off one of the warm-up shirts before kicking a water bottle on his way.
Asked about the incident, the Italian coach said: “We would have included Mariano Diaz and Asensio if we hadn’t advanced 1-2, and Lucas Vazquez was injured, and we only had one change and I didn’t think about doing it.” substitution.”
He explained: “If he is angry, I agree with him, this is normal and it means that you want to play and feel important. In that period he was the most affected player in the team and I take it into account, I totally agree with his anger and he didn’t have anything.”