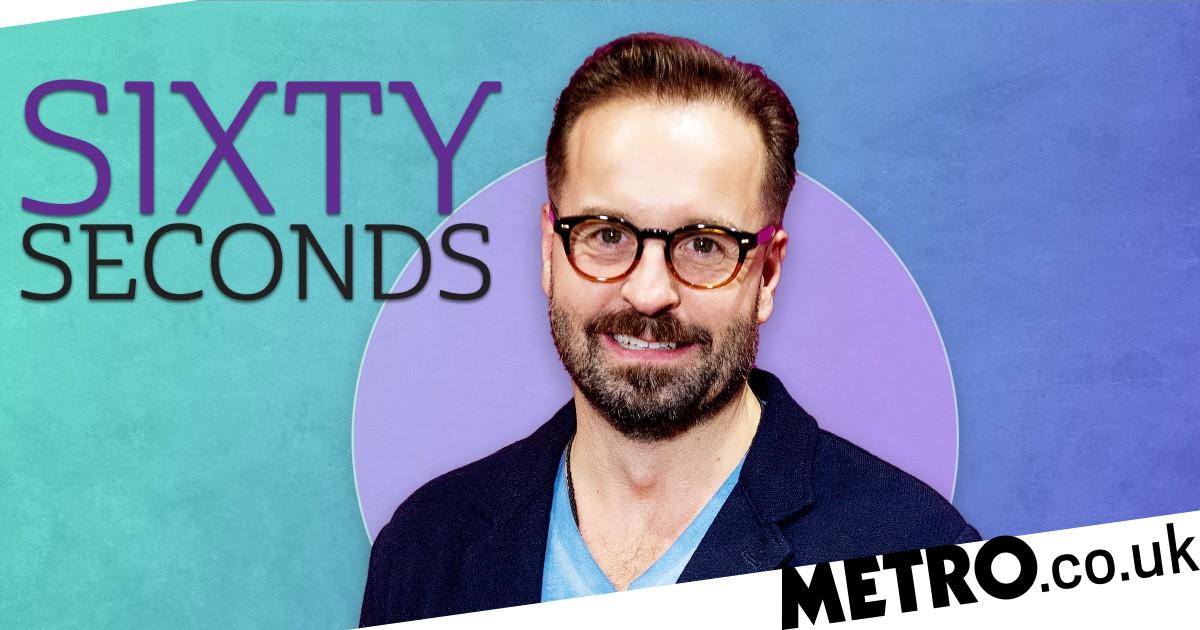 Tenor Alfie Boe, 48, on taking The Queen to number one with his duet with Sarah Brightman, switching plates of food with Kate Middleton and cold therapy.

I think it’s the only song that all Britons know apart from Happy Birthday. I am honored to be a part of the Platinum Jubilee.

I am a huge supporter of the royal family and want to show my respect as well as support the British Red Cross and the NHS. And being asked to team up with Sarah Brightman was also a pleasure.

In fact, this is the first time we sing together.

How do you go about making such a historic song different?

I don’t think many people know that the national anthem has multiple verses. We have the NHS Choir joining us, and Sarah and I do some lovely harmonies. The orchestra is pumping, Nick Patrick’s production is fabulous.

That will complete everything for her reign as Queen. She promised that if she gets to number 1, she will come on tour with me and Sarah as our guest artist!

Are you very patriotic?

I am a big supporter of the royal family. I don’t think England would be the same without them.

I have met Her Majesty several times at performances and private dinners, and she is so charming. She is so witty and quick, with a great sense of humor, and she is a very kind lady.

He has seen so many things in his life and met so many different people and world leaders. She knows what life and the world is about.

Didn’t you sit next to Kate Middleton at a wedding?

I did it at my friend Peter Phillips’s wedding. He was very appreciative as we had beautiful lamb chops and was a bit disappointed in how big my chop was.

Then I looked at Kate’s and she had twice as much as me and couldn’t eat as much. So we traded plates. I was very grateful to him for that.

And Prince Charles financed his education at the Royal College of Music through the Prince’s Trust. It’s okay?

Yes, I won several scholarships through the trust when I was at the Royal College of Music. So I felt I had to pay my debts to the Prince of Wales.

Whenever he asks me to sing, I’m always there.

What did it mean to you to get an OBE?

I was amazed. It was funny, I got an email from the Foreign Office saying, ‘Could you contact us?’ And I thought they were going to throw me out of the country. What have I done?

Then they said they were going to present me with an OBE, so I went to Buckingham Palace and the Prince of Wales presented it to me.

What has been your most pinching moment?

It’s probably things like getting my OBE, which I never expected. Also, private engagements with Her Majesty.

Then being on stage with incredible artists who have done so much in their careers. humiliates you.

Who has impressed you the most?

Performing with the Beach Boys on Memorial Day in the United States was special and now they are also good friends.

When I was riding my bike in Fleetwood in Lancashire listening to Good Vibrations I never thought that would happen.

Has Michael Ball been watching you in Freeze The Fear?

He has. I keep threatening him, saying ‘There’s going to be a second season, Michael, and I’m sure they’re going to ask you about it.’ He says, ‘I’m sure I’m going to say no!’

What made you say yes?

I wanted to try and use cold therapy to get better, to get better like
one person, to address issues that I’ve had, and it was quite powerful.

I wanted to see how strong it was and how powerful it was to heal you, to repair you, to help you work through your trauma, through the things that you struggle with.

It has helped me tremendously.

You’ve been very open about what you’ve been through. How has the response been?

I have been overwhelmed by the love that people have expressed. But it doesn’t stop here. I would like to try to be an advocate for mental health and not just for men.

Everyone suffers – everyone is going through different forms of trauma and I would like to draw on my experience and hopefully help people get through things with my words or actions.

You and Wim Hof ​​had a great connection…

We recently did an Instagram Live interview with just me and Wim, and we had a great time. He is a good guy to talk to.

He is very powerful with everything he says.

Would you do other reality shows?

I think I’ve checked the box. I’m going to try to avoid things like Strictly because I know I’ll be embarrassed.

God Save The Queen with Sarah Brightman and Alfie Boe, along with a recording of the national anthem from Her Majesty’s Coronation in 1953, is out on May 27.

MORE: The best Platinum Jubilee merchandise and where to buy