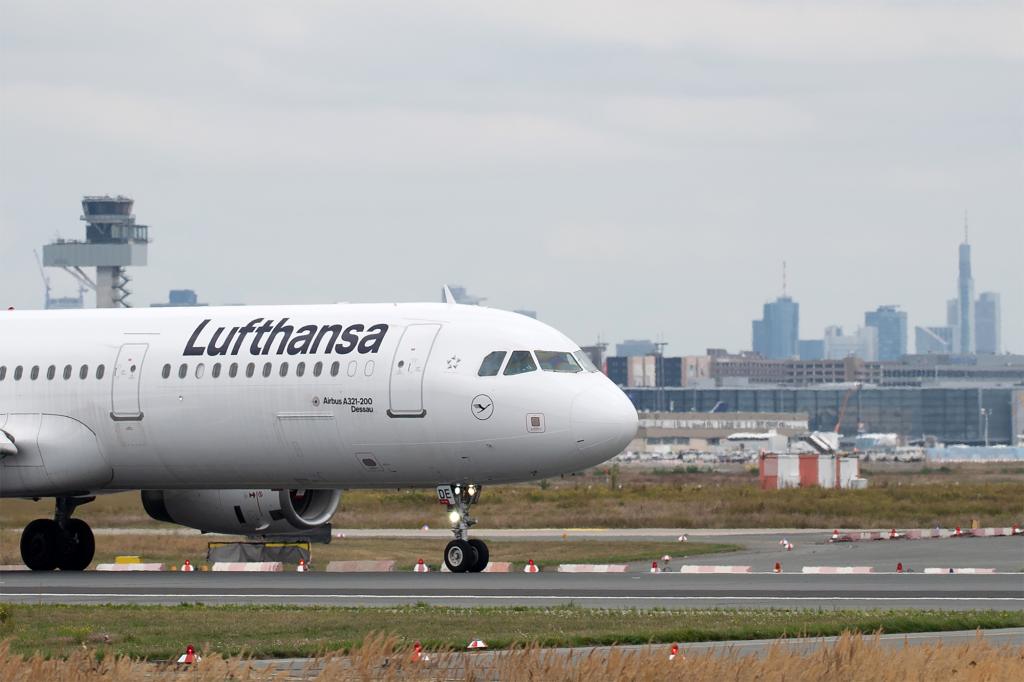 A group of about 100 Orthodox Jews from New York City say they were barred from boarding a connecting flight in Germany last week, because some did not wear masks on the previous leg, according to reports.

The group embarked at JFK airport in Queens to begin a religious pilgrimage to Budapest, Hungary. They had a layover in Frankfurt on Wednesday, but when they tried to board their next plane from Germany to Hungary, they were not allowed to board.

The group said they were all barred from the Lufthansa plane because some of them had not worn masks on their return trip from New York.

“Due to operational reasons coming from the flight from New York, for all passengers here, we have to cancel it on this flight,” astonished members of the group told them at the gate, according to the Jewish media outlet Hamodia.

American flights no longer require masks, but German law has kept the mandate to travel intact. It was unclear if the group members who did not wear masks on the US flight were willing to wear face masks for the Lufthansa trip.

But either way, when some mask-wearing members of the group began to object to being herded together for their next leg, a Lufthansa staffer reportedly admitted that they were all being punished for the actions of those previously not wearing masks.

“They explicitly said that no one who is dressed the same in that [JFK] the plane will board the Lufthansa plane to Budapest,” group member Nachman Kahana told Hamodia.

Only “one or two” did not wear masks on the previous flight, Kahana noted.

One of the Orthodox Jews in the group questioned an airline staff member about the mass exclusion at a tense video posted on Twitter.

“Is this a decision by Lufthansa that all the Jews on that flight, we can’t take any other flights today?” the man asks incredulously. “Because this is 2022, and this is a western country. So this is to go to top management because it’s a [anti-Semitic act].”

Lufthansa denied the allegations in a statement to Hamodia.

“We consider the claim of anti-Semitism to be unwarranted and without merit,” the company said.

“We confirm that a larger group of passengers could not be transported today on Lufthansa flight LH1334 from Frankfurt to Budapest, because the travelers refused to wear the legally mandatory mask on board,” it added, without specifying which leg of the journey they were on. referred. and seemed to suggest that the lack of masks was widespread.

The group said it eventually split up and arrived in Budapest on other airlines. It’s unclear if everyone wore a mask on those flights.