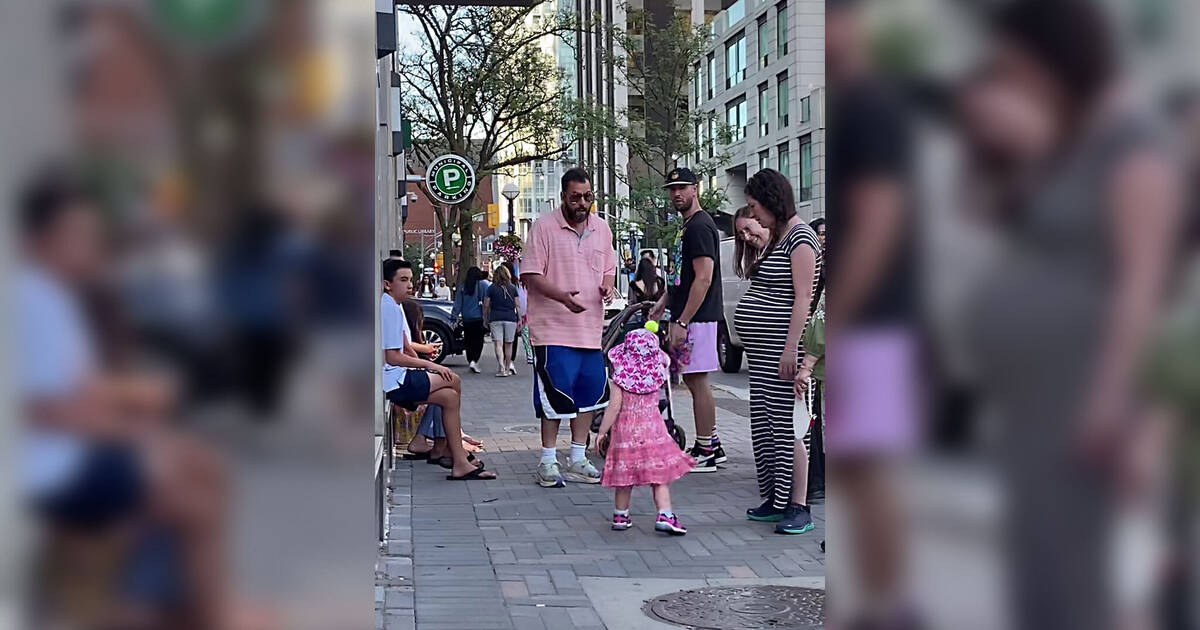 The people’s champion, Adam Sandler, has been spotted in Toronto again, but this interaction has to be the cutest.

A TikTok video captured the megastar throwing a ball to a little boy on the street, who adorably misses the chance.

The boy then throws back to Sandler, who also misses the catch.

The video was taken in Yorkville, where Sandler has been seen probably a hundred times so far in the last few weeks.

Posted by TikTok user @oliviawylupek, who included the caption: “I didn’t even realize it was him until he walked past me.”

Sandler is in town for the filming of the new Netflix production: You are not invited to my Bat Mitzvah!

She’ll be in town until August, which means about 100 more photo shoots on the streets of Toronto. A reminder to excited fans: be respectful.

In any case, mark this as Sandler detecting #1000 and counting.