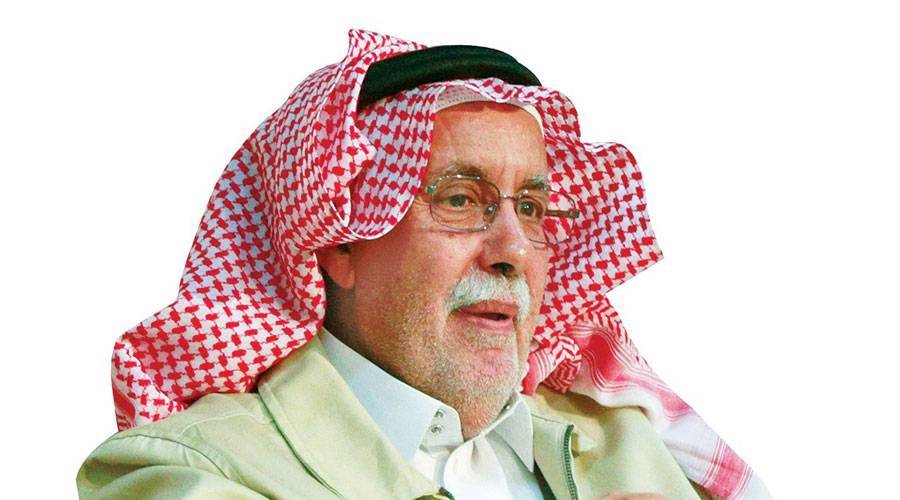 The Sheikh Zayed Book Prize announced the award of the title of Cultural Personality of the Year for its sixteenth session to critic Dr. Abdullah Al-Ghadami, in honor of his long career as a donor, during which he completed many important studies and research projects that it affected the cultural movement at the regional and Arab levels.

The prize’s scientific council and its board of trustees awarded Dr. Abdullah Al-Ghadami the Cultural Personality of the Year award for his distinguished efforts in the field of cultural criticism, women’s studies, poetry and critical thinking , which began in the mid-1980s. which represented a qualitative leap in the Arab critical discourse. Al-Ghadami’s books such as “Sin and Atonement”, “Cultural Criticism, Reading in Cultural Forms”, “Anatomy of the Text”, “Attitude towards Modernity”, “Writing Against Writing”, “Women and Language” and others specialized books. The studies contributed to crystallize a critical movement on literary criticism and cultural criticism, and to open horizons towards the discussion of the poetic heritage and contemporary Arab creativity and its rereading from a critical perspective characterized by novelty, depth and difference.

Dr. Al-Ghadami was one of the pioneers of modernity who did not believe in epistemological rupture. Rather, it stems from the belief of returning to heritage readers a critical methodology that enriches it and sheds light on its creativity.

Dr. Abdullah Al-Ghadami was able, through a long career that exceeded five decades, to establish a qualitative knowledge movement, through which he drew attention to the importance of cultural criticism. The selection of the award reflects his enthusiasm to celebrate this stature, highlighting his efforts and qualitative writings through which he enriched the Arab Library and shed light on many important and fundamental issues in the cultural and intellectual movement alike.

Al-Ghadami, who was born in the Saudi city of Unaizah in 1947 and worked as a professor of criticism and theory at the Faculty of Arts, Department of Arabic Language, King Saud University in Riyadh, presented critical studies through which he shed light on Women’s studies; His efforts in this field are seen as precursors to feminist studies in the Arab world and a foundational stage for critical Arab cultural discourse by dedicating the presence of cultural criticism in Arab scholarship and activating critical discourse alike. large number of books and studies in these fields of knowledge, including: “The Destiny of Philosophy… From Philosophy to Theory”, and “Tribals and Tribalisms or Postmodern Identities”.

Dr. Ali bin Tamim, Secretary General of the Prize, said: “Today, the Sheikh Zayed Prize celebrates a prestigious literary stature with a long history and tireless concerns that sheds light on the importance of criticism and its place in the cultural movement in On the achievements of Arab culture, he delved into its sciences, learned from its theories and presented many modern and contemporary critical theses through which he covered many aspects of knowledge and shed light on a number of important and epistemological issues in the eyes of the critic, thinker, philosopher and scholar who is intimately related to, and derives from, an authentic Arab culture, to analyse, research and study closely until it becomes an authentic science of criticism in our Arab world.”

In his book “The Attitude of Modernity” confirms d. Abdullah Al-Ghadami that modernity failed in the Arab world and fell globally; Because he didn’t keep what he promised.

In one of his statements, Al-Ghadami explains that his transformation from literary criticism to cultural criticism of society and the social systems that emanate from it is due to the fact that literary criticism has reached a state of saturation, and has started to repeat itself. , and is incapable of creating a new vision, and human culture in general has witnessed great changes in the discourse itself, from where the culture of the image came, with its new characteristics that require its own criticism, in addition to the fact that the Arab culture, with its long history, is not just texts as literary criticism suggests, but includes “implicit patterns” that must be exposed and dealt with, and this is the subject of cultural criticism.

In his book “Sin and Atonement… From Structuralism to Anatomical Theory and its Application”, Al-Ghadami analyzes modern critical theories such as structural, semiological and anatomical, with the application of these theories in the reading of the text. , which is reading based on semantic codes, dismantling and dissecting units of text and then reinstalling them.

As for his book “The Consequences of Philosophy… From Philosophy to Theory”, it is a book that came in four chapters (philosophy today, philosophy and great questions, great concepts, and philosophy and wisdom). ). This book starts from the idea of ​​making a theory of philosophy, and summarizes d. Al-Ghadami said that by saying: “Some of the great physicists saw Danielle Dannett leaning on philosophy books, so they marveled at a contemporary philosopher who still relies on ancient philosophers. This is the thesis of this book about the state of philosophy and its results, which demand a modern formula that establishes a new vitality, and that establishes philosophy as an epistemological value in accordance with the spirit of the times.

In the chapters of the book, Al-Ghadami sees that philosophy will not die as long as it is in constant development, but in its development it needs to keep pace with the times, and dedicate values, cultural pluralism and critical thinking, which reaches criticism. of self-talk

In a book by the Saudi critic Muhammad bin Lafi entitled “The Aesthetic and Intellectual Controversy: A Reading of Al-Ghadami’s Theory of Implicit Forms” published by the Arab Diffusion Foundation, he highlighted Al-Ghadami’s role in exposing many of the creative milestones in this thought, and revealed the hidden secrets of his interests in the marginalized culture And said: “The studies carried out by some Arab critics who were considered cultural critics cannot be considered a precedent in this field. Looking at the differences between what could be considered cultural criticism and what was outside this realm.

Al-Ghadami was aware of the issue of the term and its importance in critical discourse, as he was concerned with controlling, defining and rooting it, generating, Arabizing and translating it, in a manner consistent with the authentic Arabic meaning and in harmony. with the cognitive and reading context. , and linked it with the Arab cultural achievement, and his theses gained critical terms, coming from modern western linguistics, for which he worked on its creation, since it highlighted the advantage sometimes of Arabic linguistic and rhetorical thought in its fabrication.

This can be inferred by reviewing his books “The sin and the expiation” and “The problem and the difference”, through the methodological introductions, such as the one with which his first study was published, which are very precise in terms of the understanding, generating and enriching terminology.

Al-Ghadami worked on the formation of these terms, inventing some of them in contrast to other scholars in terms of Arabization and translation, as is the case of the term “biotechnology” in French, which was translated as “poetic” instead of ” poetics” and the term “grammatical” which he translated as “grammatical” as an alternative to the term “writing”. »And other terms that he translated according to their conceptual connotations in Arabic, as it also indicates his critical flexibility that implies confidence in his own creativity.