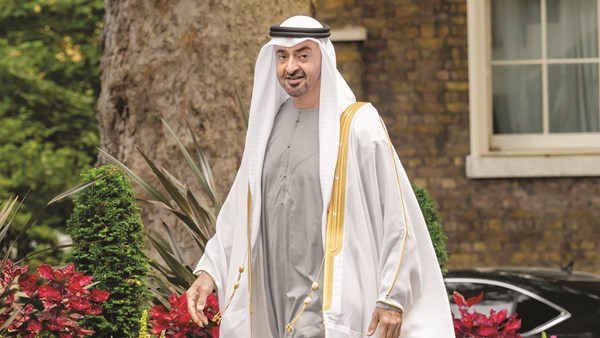 In recent days, the United Arab Emirates has had a strong presence at the heart of the international political scene, reflecting the interest and eagerness of world leaders to congratulate His Highness Sheikh Mohamed bin Zayed Al Nahyan, President of State, ” may God protect you”, in great recognition of the position of the Emirates and His Highness the President of the State, and carrying congratulatory cables The communications are, in essence, a great honor and praise for the role and effort of His Highness in consolidating the friendship and mutual respect, and the establishment of strategic alliances between the Emirates and various countries of the world, and extol His Highness’ well-deserved praise, the strength of the Emirates, its presence and influence, the bright image and world prestige position of His Highness, the President of the State, the position found through wisdom, actions and creative initiatives, the position established by His Highness on solid and solid foundations of belief in the unity of the world, and the consolidation of tolerance among human beings, giving, support and assistance to all the peoples of the world without classification or discrimination. And in everything that His Highness the President of the State says and does, “may God protect him” is a lesson in the necessity and inevitability of coexistence and fraternity. His Highness described the Document of Human Fraternity as: “a document that translates our aspirations in the consolidation of the values ​​of tolerance and coexistence between different peoples and cultures”. They are words that every person on this planet stands before, admiring and appreciating, because they are words that embody the thought and humanity of the leader, and the wisdom of his rational approach.
World leaders’ words of congratulations to His Highness Sheikh Mohamed bin Zayed Al Nahyan, and words of praise and appreciation for His Highness’ personality, are also words of admiration and appreciation for the vision of the human leader, a vision that expand the world with breadth. , humanity, understanding and respect for each other, a leader whom the whole world congratulates with the leadership of a country that has flourished throughout its history with its glory and achievements among modern nations, and with the leader His Highness the President of the State “may God protect you”, the country continues on its blessed path, safe and secure, beacon of progress and luminous home of tolerance and humanity.