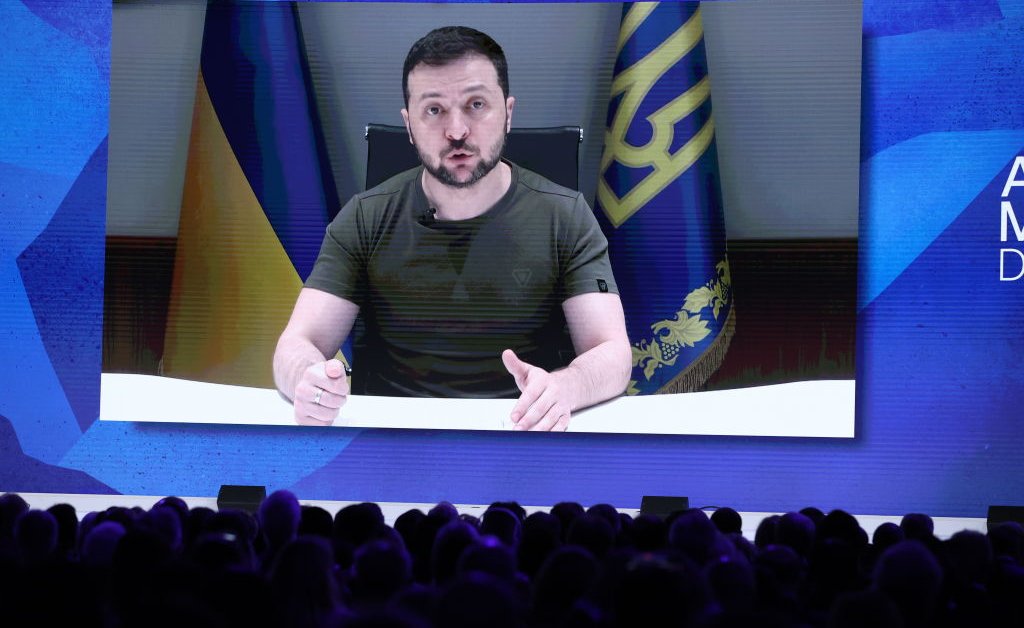 RRisk and decision making under pressure are an inherent part of all of our lives. Today we are seeing two international figures representing their nations locked in mortal combat: Vladimir Putin and Volodymyr Zelensky. Both “risking it all” in very different ways with unpredictable results.

In my latest book Risking It All: Nine Conflicts and Crucible of Decision, I’ve looked at the history of the US Navy and those who had to make high-pressure decisions in dire circumstances. Their stories offer many lessons and have helped me in my own experiences as an admiral in both war and peace. But you don’t have to be a sailor to learn from these examples. What have I learned that applies to all of us?

Gather all intelligence. Too often, choices are made with a faulty understanding of the simple facts. We must be aware of the phenomenon of “belief bias”, applying what you think should be happening to what is actually unfolding. A classic case of this was the shooting down of an Iranian aircraft by the USS Vincennes, an AEGIS cruiser in the Arabian Gulf in July 1988. The ship feared an attack by Iranian fighters and tragically mistook a passenger plane for an F- 14 enemy. Beware of misleading assumptions (things you believe to be true) and facts (things that are indisputable). Most likely, Putin believed that his invaders would be greeted as liberators and that his army was invincible.

Understand the timeline. People approaching decisions often set artificial or self-imposed deadlines for themselves. It’s always worth trying to back off to get more time before committing. You should never commit to a course of action before you do it. I’ve seen several bosses I’ve worked for avoid “jumping into the ball,” instead finding a little more time and space to make an informed decision. Among the best of the bunch in this regard was Secretary of the Navy Richard Danzig, who could sometimes be a bit infuriating, asking for more information, another fleet report, another briefing on options. But in more than two years as his executive assistant and chief navy aide, I never saw him make a bad decision, from pushing for women to be assigned to nuclear submarines, to investigating a horrific collateral-damage bombing incident on the island. of Vieques in the Caribbean. President Barack Obama, for whom I served for more than four years as Supreme Allied Commander in NATO, also had that kind of patient, “wait for the facts” attitude, refusing to be rushed into a decision until it was feel comfortable having all the information. information or events simply demanded that a decision be made.

Methodically consider the possible outcomes of your decision.n—both good and bad. This sounds so obvious, but countless times I have seen smart and talented people make decisions without really considering the full range of outcomes, especially in the negative direction. Again, I suspect that Vladimir Putin never imagined the quagmire he is now in or weighed the risks and rewards. In my book, I tell the story of then-Rear Admiral Michelle Howard, who led the Navy operation to try to rescue Captain Phillips, a civilian sailor who had been taken hostage by pirates. She had to look at the range of possible outcomes: clean success that included capturing the pirates; a failure and the death of Captain Phillips; a mixture of the two, with Phillips receiving a serious or minor wound, perhaps accidentally shot by a SEAL; the pirates negotiating a conclusion, over and over again. In this decision-making phase, it is important not to be overly guided by your fears or emotionally involved in an unrealistic outcome. Good decision makers can narrow down the results to a handful of realistic scenarios and then weigh them against each other. The key is to be brutally honest about the range of results. I see this ability on display in President Zelensky’s actions.

Evaluate resources. This requires clear-eyed skepticism. Needed supplies will almost never arrive early, equipment will break down, events will tend to drag on, people will get tired, and so on. In the disastrous 1979 Iranian hostage rescue effort known as “Desert One,” just about everything that could go wrong did. Decision makers should have anticipated failure rates and programmed more buffers into the system. Those lessons were deeply absorbed by the special operations community, which has become the most planning-oriented part of the US military as it anticipated the possibilities of a hostage rescue operation in Colombia between 2006 and 2009. , I was amazed at the level of detail and redundancy built into the work of the Delta Force special operations teams assigned to work with me. They had a huge level of resources available, including building an exact “mockup” of the jungle clearing where we thought the hostages were being held, and then using it to rehearse nonstop. In the Ukraine war, the invaders had clearly not thought through their logistical challenges, while Zelensky’s forces, with the help of the Allies, excelled in preparation.

focus on your people“But don’t be paralyzed by fear for her well-being. Whether leading a crew of 5,000 on an aircraft carrier or a three-person team on Google’s sales force, decision makers have an obligation to understand the impact their choices will have on the people who work for them. That doesn’t mean they should be paralyzed by the idea that some of their people will suffer, especially in a military context. The key is finding the balance between literally “throwing people at the problem” (as many US Civil War commanders or generals in World War I did) and taking calculated risks while keeping the mission and objective firmly in sight. the view Here we see Putin failing and taking massive casualties, while Zelensky is finding his footing well.

Don’t get emotionally involved with people. which are obstacles. One of the best books ever written on leadership and decision making is the 20th century classic by Mario Puzo. The Godfather. The book is packed with examples of good and bad decision making, and a central lesson is to never “hate your enemies” because it can cloud your judgment and decision-making abilities. Putin’s failures here are obvious.

Be willing to change your mind. I remember when I first took the venerable college entrance exam, the Scholastic Aptitude Test (SAT), the advice I received was “go with your first answer.” I followed through, even when I reread the question and thought “wait a minute, I bet that’s not right”. Over time, however, studies have shown that the idea of ​​”always go with the first answer that comes to mind” actually creates a lower probability of a correct answer. Decision makers must be willing to assess a situation and change their minds and will very often improve the outcome they seek. Being prepared to step out of the line of pre-training can sometimes be the best decision of all. The creativity of the Ukrainian commanders is a notable example of this.

Be determined. Very often, decision making is difficult because we waver, worrying about what will happen. Of course, the future cannot be predicted with certainty, but determination, a willful approach to problems, can be a tonic in moments of indecision. When I find myself tossing around “options” in my mind, I think of John Paul Jones, one of the early US naval commanders who helped ensure victory in the American Revolution. He was wrong about many things in his eventful life, but the reason he is remembered today is that he was ruthlessly determined to make a key decision he made on the USS Bonhomme Richard: keep fighting. Unfortunately, Putin seems very determined, but he has met a leader who is even more sure of his course of action in Volodymyr Zelensky.

Get ready to run. Decision making is not the end of most situations, but often the beginning. Even when you mentally conclude with the choice before you, keep in mind that communicating and defending the decision is often as important as making it. Declare success: Knowing how to telegraph success, using optimism as a force multiplier in decision making, and knowing when to “find your way out” are key. But I know the pressure of those moments, where time seems to compress and options become more limited with each tick of the clock. That’s the moment I’ve tried to make time slow down, at least in my own mood. This is when your voice should become calmer, your breathing more regular, your exploration of information more deliberate, all of which are easy to say and very, very difficult to do. Some of the “tricks of the trade” are outlined above, but let me end with one last thought: the ability to make good decisions is like a muscle: it needs to be exercised carefully, trained to perform at its best, and treated with respect.

We all make dozens of decisions every day, but from time to time some of us must make really tough decisions under a high degree of pressure, often with little time to ponder the pros and cons. An important part of making the best possible decision in those circumstances involves what we do in the years leading up to facing it. So it is that conscious preparation, lifelong study and cultivation of the will to act and avoiding paralysis in the face of crisis become the keys, knowing all the while that what we decide may not result in the results we want. .

We all must face the simple fact that no one’s decisions are always right: I’ve made bad decisions too many times to count. But every time I’ve been faced with a truly difficult choice, both at sea and on land, I’ve put my faith in what I’ve learned along life’s journey, first from my parents and teachers, over time. of my family. and friends, and to some extent from the arduous preparation of studying history and looking for role models who sailed before me. my hope in writing risk it all it is above all that you never have to risk everything; But if you do, by looking at examples of tough decisions sailors have made throughout our Navy’s history, you’ll have gained a better chance of making the right decisions and thus striking the difficult balance between impulsive determination and reflective balance, in the same crucible of decision.

Good luck and open water in all the choices you make.