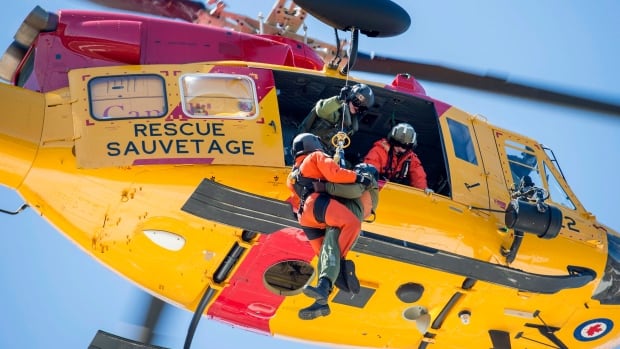 A specialized unit from the Ontario Provincial Police was dispatched to investigate the cause of the crash and identify the four deceased, who were on board, OPP spokeswoman Allison Lawrence told CBC News.

“We have only been able to identify two of the four, and we are still working on notification. [of their families] for those two. until we have [identities for] all four of us, we’re not going to be able to release the names of the victims,” ​​Lawrence said Sunday afternoon.

Rescue teams found the aircraft early Saturday, according to the Trenton Joint Rescue Coordination Center. There were no survivors among those on board.

“Our thoughts are with the families and loved ones of those on board at this difficult time,” David Lavallee, a spokesman for the 1st Canadian Air Division and NORAD Canadian Region Headquarters, said in an email Sunday.

JRCC Trenton organized a search on Saturday after the plane was reported to be late on arrival. The plane was a Piper PA-28 Cherokee, which is a two- to four-passenger light aircraft used for family, flight training, or taxi, and was in transit between the two northwestern Ontario cities of Dryden and Marathon.

Lavallee said the search involved two RCAF aircraft, specifically, a CC-130H Hercules from 435 Squadron based in Winnipeg and a CH-146 Griffon helicopter from 424 Squadron, based at 8 Wing Trenton, Ontario.

Sioux Lookout is a town about 350 kilometers northwest of Thunder Bay.

Unfortunately, the plane crashed with no survivors. Our thoughts are with the families and loved ones of those on board. @RCAF_ARC @RCAFOoperations (2/2)

The OPP’s Sioux Lookout detachment is now investigating the fatal plane crash, according to a news release issued Sunday morning.

The Transportation Safety Board of Canada has also been notified, a spokesperson confirmed to CBC News, and they are sending a team of investigators to the crash site to gather information and assess what happened.