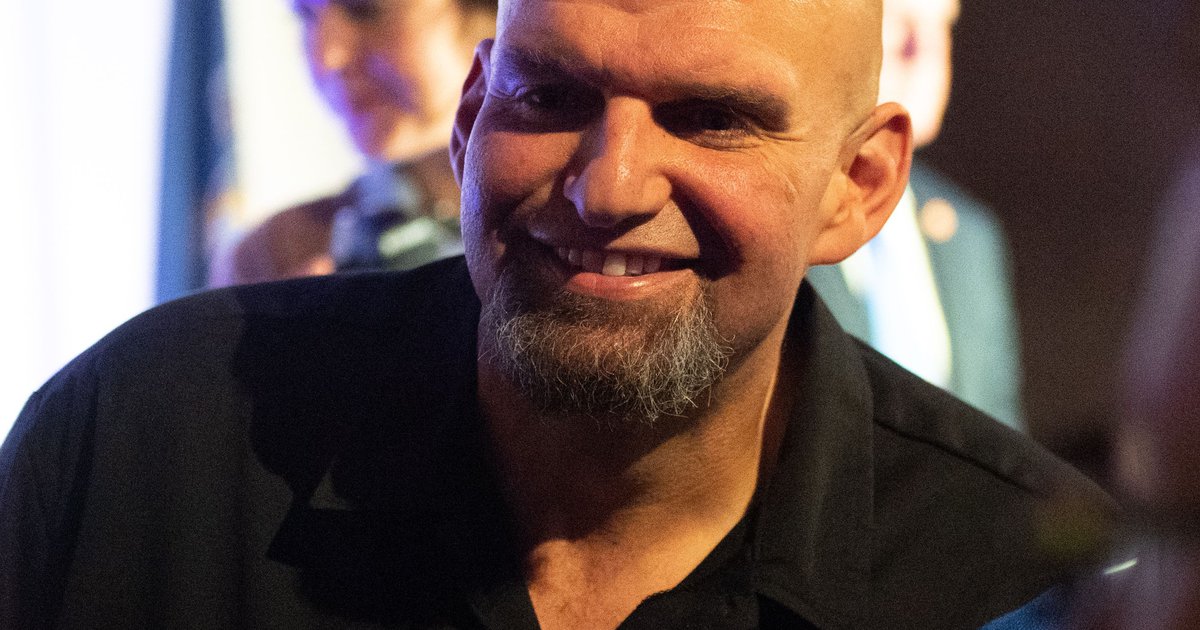 Lieutenant Governor John Fetterman has come a long way since his first run for the US Senate in 2016, when he captured the spotlight as an atypical small-town mayor.

The 52-year-old has raised his profile as a progressive candidate and enters Tuesday’s primary election as the Democratic Party’s favorite in the US Senate race. His relatable nature could give him a crucial voice among swing voters in the state.

MORE ELECTION COVERAGE: The race for an open US Senate seat in Pennsylvania is a focal point for party control in Washington, DC

As a member of Governor Tom Wolf’s administration since 2019, Fetterman has benefited from the increased visibility of his role. He has traveled with Wolf to promote a number of initiatives ranging from pest control to Pennsylvania’s response to COVID-19. And she embarked on a statewide listening tour to gather feedback on the legalization of recreational marijuana.

One of the first Democratic candidates to declare his candidacy, Fetterman has led the fundraising campaign, in part, by emulating Vermont Sen. Bernie Sanders’ online small-dollar giving model. Fetterman has also received a large number of direct donations through the traditional mail, which shows the variety of supporters that make up his base.

Fetterman has spread a message of unity on the campaign trail, appealing to small communities and rural areas that have often been alienated by Democratic candidates. Although these groups of voters have leaned heavily Republican, Fetterman has made an effort to connect with people based on his experiences in Braddock, a small community outside of Pittsburgh.

Standing 6 feet 8 inches tall, with a few tattoos on his arms, Fetterman is an object lesson in a candidate who is more than initially meets the eye. A former member of Big Brothers Big Sisters of American and Americorps, Fetterman’s interest in politics grew after attending Harvard University for a master’s degree in public policy.

One of Fetterman’s arm tattoos is the 15104 zip code for Braddock, where he lives with his wife, Gisele, and their children. The tattoos on his other arm include the dates of fatal shootings and other tragedies in Braddock that occurred during his tenure as mayor, which he uses as a reminder to push for solutions to the violence.

Fetterman has said his core values ​​include the belief that health care is a fundamental right and that workers deserve dignity, fair pay and union protection. Some of her campaign’s key issues include criminal justice reform, LGBTQ rights, environmental justice, and preventing gun violence by adopting better gun sales safeguards.

Fetterman also supports abortion rights. After the Supreme Court draft that would overturn Roe v. Wade, he urged the Democratic-controlled Senate to drop filibuster and codify the right to abortion in federal law.

With wide leads in the polls in the Senate race, Fetterman has received a more favorable response from the Democratic Senatorial Campaign Committee. In 2016, the party backed the moderate Katie McGinty over Joe Sestak and Fetterman. McGinity ultimately fell to Republican incumbent Pat Toomey, whose decision not to seek another term left the seat vacant.