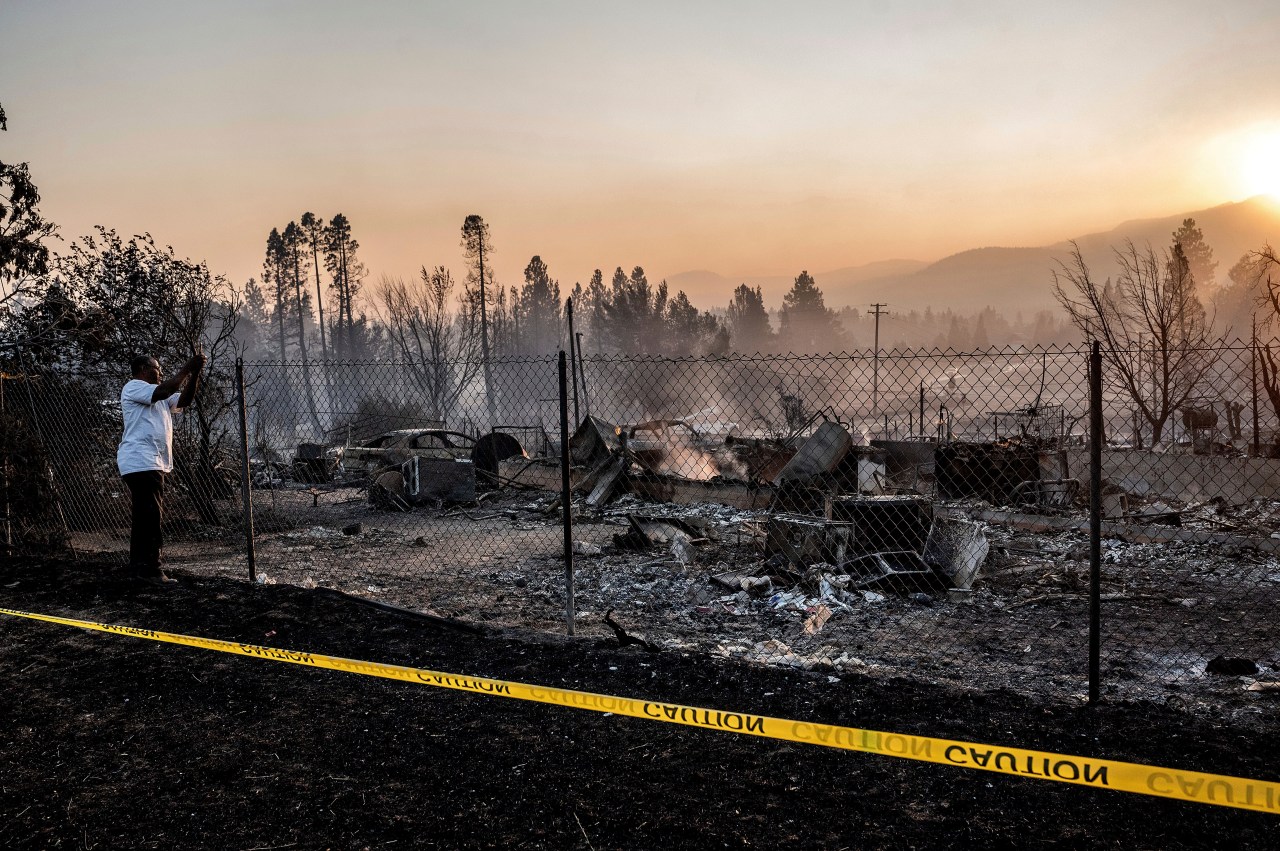 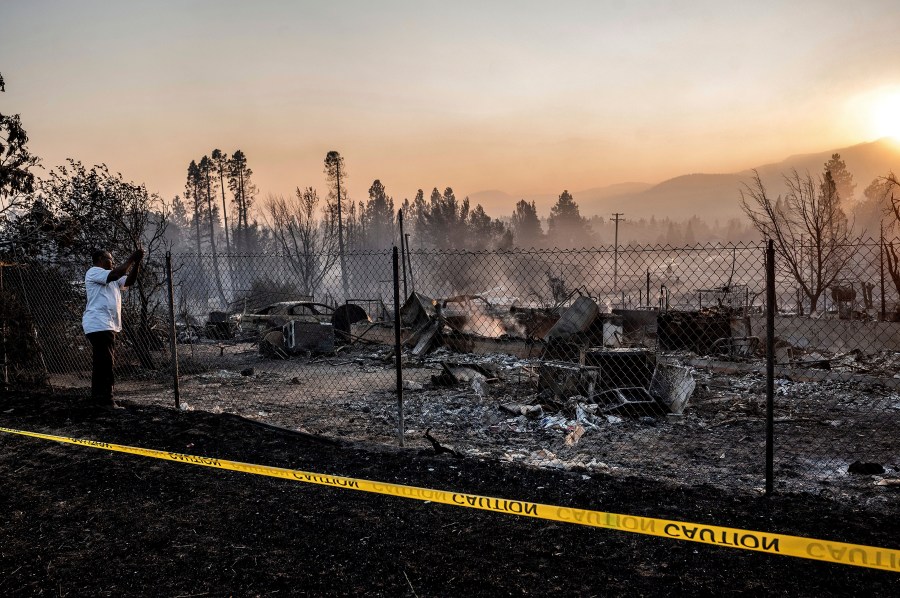 LaRue shared the news of the deaths Sunday afternoon during a community meeting held at an elementary school north of Weed, the rural Northern California community charred by one of California’s latest wildfires. She did not immediately provide the names or other details, such as the age or gender of the two people who died.

“There’s no easy way to say it,” he said before asking for a moment of silence.

Both LaRue and other officials acknowledged the uncertainties facing the community, such as when people would be allowed to return to their homes and power would be restored. About 1,000 people remained under evacuation orders on Sunday as firefighters worked to contain the blaze that had spiraled out of control on Friday at the start of the holiday weekend.

The fire, known as the Mill Fire, had not spread since Saturday morning, covering about 6.6 square miles (17 square kilometers) with 25% containment, according to Cal Fire. But the nearby Mountain Fire grew in size on Sunday, officials said. It also started on Friday, although in a less populated area. More than 300 people were under evacuation orders.

Power outages, smoky skies and uncertainty about what the day would bring left a feeling of emptiness in the town of Weed the morning after evacuation orders for thousands of other residents were lifted.

“It’s eerily quiet,” said Susan Tavalero, a city councilwoman on her way to a meeting with firefighters.

She was joined by Mayor Kim Greene, and the two hoped to get more details on how many houses had been lost. A total of 132 structures were destroyed or damaged, fire officials said Sunday, though it was not clear if they were homes, businesses or other buildings.

Three people were injured, according to Cal Fire, but no further details were available. Two people were taken to Mercy Medical Center Mount Shasta, Cal Fire Siskiyou Unit Chief Phil Anzo said Saturday. One was in stable condition and the other was taken to UC Davis Medical Center, which has a burn unit. It is not clear if these injuries were related to the deaths reported on Sunday.

Weed, home to fewer than 3,000 people about 280 miles (451 kilometers) northeast of San Francisco, has long been seen by passersby as a whimsical place to stop along Interstate 5. But the city, located in the shadow of Mount Shasta, it is no stranger to wildfires.

Phil Anzo, head of Cal Fire’s Siskiyou unit, acknowledged the cost of fires in the rural region in recent years.

Dominique Mathes, 37, said she’s been around a few wildfires since she’s lived in Weed. Although the dangers of fires are becoming more frequent, he is not interested in leaving.

“It’s a beautiful place,” he said. “Everyone has risks everywhere, like Florida has hurricanes and floods, Louisiana has tornadoes and all that. So, it happens everywhere. Unfortunately here, they are fires.”

The winds make Weed and the surrounding area a dangerous spot for wildfires, whipping up small flames into a frenzy. Weed has seen three major fires since 2014, a period of extreme drought that has sparked the largest and most destructive fires in California history.

That drought lingers as California heads into what is traditionally its worst fire season. Scientists say climate change has made the West hotter and drier over the past three decades and will continue to make weather more extreme and wildfires more frequent and destructive.

Crews battled the flames as much of the state heated up in a heat wave over Labor Day weekend, with temperatures expected to exceed 100 degrees Fahrenheit (38 degrees Celsius) in Los Angeles, unusually hot weather. warm for southern California. Temperatures were expected to be even higher through the Central Valley to the capital of Sacramento.

The California Independent System Operator issued its fifth “flex alert,” a call for people to use their air conditioners and other appliances sparingly from 4 to 9 pm to protect the power grid.