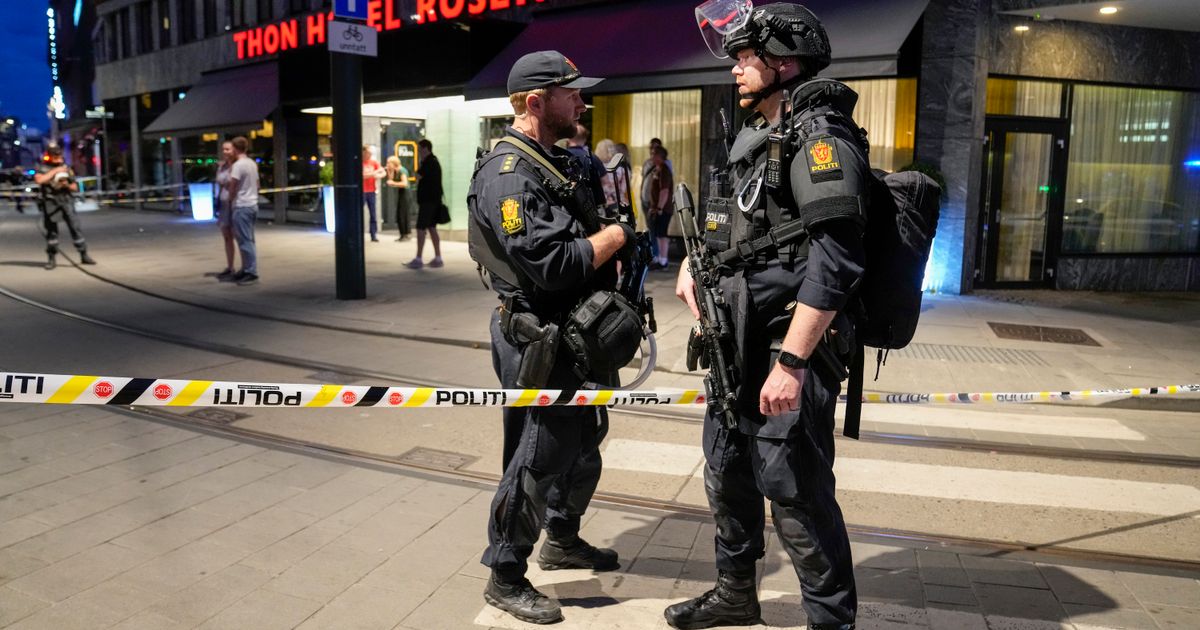 OSLO, Norway (AP) — Two people were killed and more than a dozen wounded early Saturday in a mass shooting in Oslo, Norwegian police said, as the city prepared for an annual Pride parade.

The shooting occurred outside a bar in the center of the Norwegian capital, police said.

One suspect was arrested and police do not believe any other people were involved, police spokesman Tore Barstad said.

Barstad said the motive was not immediately known and it was not clear if the shooting had any connection to the Pride parade in Oslo on Saturday.

“Police are in contact with the organizers of the Pride event this Saturday. There will be an ongoing assessment of what steps police need to take to protect that event and whether this incident has any connection to Pride,” Barstad told reporters.

He said 14 people were receiving medical treatment, eight of whom have been hospitalized.

“I saw a man arrive at the site with a bag. He picked up a gun and started shooting,” Roenneberg told NRK. “At first I thought it was an air gun. Then the glass of the bar next door shattered and I understood that I had to run for cover.”

Norwegian broadcaster TV2 showed footage of people running through the streets of Oslo in panic as gunshots rang out in the background.

Oslo Pride organizers said they were in close contact with police.

“We are shocked and saddened by the tragic incident, and are following it closely,” Oslo Pride said in a Facebook statement. “Our thoughts are with the victims and their loved ones.”

Norway is a relatively safe country, but it has suffered from violent attacks by right-wing extremists, including one of the worst mass shootings in Europe in 2011, when a right-wing extremist killed 69 people on the island of Utoya after blowing up a bomb in oslo which left eight dead.

In 2019, another right-wing extremist killed his stepsister and then opened fire at a mosque, but was overpowered before anyone was injured.