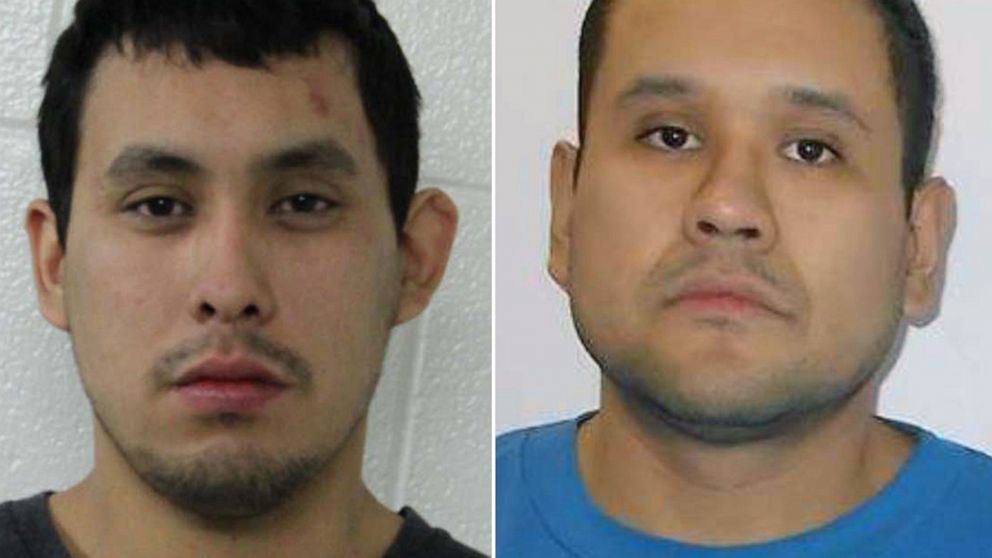 Police in Saskatchewan, Canada, say two suspects have fled after 10 people were killed and 15 injured in stabbings at 13 different locations on Sunday.

The Royal Canadian Mounted Police Saskatchewan identified Damien Sanderson and Myles Sanderson as the two suspects in the stabbings. They are driving a black Nissan Rogue with license plates SK 119 MPI, according to police.

The Sandersons are armed and dangerous, police said. RCMP has warned people not to leave their locations, to seek shelter and not to pick up any hitchhikers.

The stabbings occurred between the James Smith Cree Nation and in the town of Weldon, located northeast of Saskatoon, police said. It’s unclear if the victims were targeted, but a preliminary investigation shows some people were randomly targeted, according to police.

This is a developing story. Please check for updates.

Matt Foster and Teddy Grant of ABC News contributed to this report.